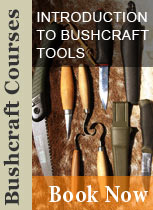 The Return of Beavers To Kent?

One never knows how a day exploring nature might turn out. We go out hoping for everything but expect nothing; and when blessed with a surprise it makes the joy so much sweeter.

Back towards the end of February we filled a flask and prepared a packed lunch and sallied forth to explore some the remote waterways that Kent still has to offer. Our desire, on this bitterly cold day, was to hopefully find somewhere that was quiet and had little or no people in the hope that we might see some wildlife up close.

The wind was bracing to say the least as we exited our vehicle near to a little explored waterway some distance of the cathedral city, and UNESCO World Heritage Site, of Canterbury.

Along the not too well trodden path we followed, with the obvious Wellington boot and canine footprints, there were numerous intersecting trails left by some of the mammalian residents, such as fox and rabbit, but every so often there are what appeared well used trails down to the rivers edge. We initially dismissed these slipways as being created by walkers allowing their dogs to gain access to the water for a swim. But something wasn’t quite right with this picture and the mystery began to nag at the back of my mind. Perhaps we were going to be lucky enough to find sign of otters (Lutra lutra), such as a print in the mud or some scat full of fish scales. Otter droppings, called spraint, are often used as territory markers and can be purposefully placed high on dry vegetation so we kept our eyes peeled as our exploration continued.

As we bimbled along the meandering waterway, enjoying the protection our warm and windproof clothing offered, our gaze was drawn to the river the banks which were festooned with the nodding seed heads of the abundant cattail (Typha latifolia). Cattail is a wonderfully useful plant for the bushcraft enthusiast! The dried fluffy seeds have been traditionally used as a tinder material and as an ember extender for coals produced in fire by friction methods. The rhizomes are starchy and have a protein content similar to rice and the emerging shoot are delicious and are known as “Cossack asparagus”. The indigenous American tribes would also have used the downy seeds many things including as a thermal lining for their moccasin footwear.  In more recent times the leaves have been used to make woven chair seats with the seeds used as padding.

As our walk progressed my eye was drawn to the stump of a willow tree near to the waters edge and the jaunty angle the felled and denuded truck sat in the water. As I descended the bank to the waterline I was initially shocked and then delighted to see the most incredible teeth marks left in the protruding willow stump.

Powerful teeth had left the most glorious marks in the wood. It could only be down to one creature, the beaver!

Eurasian beaver (Castor fibre), extinct in the United Kingdom since the 1500’s, were numerous and widespread over the northern and temperate areas of Eurasia, the continental landmass of Europe and Asia, but were hunted to the brink of extinction for their fur and a secretion of their scent glands called “castoreum” which was believed to have had medicinal properties. Back in May 2009 the Scottish Beaver Trust released the first beavers to live in wild for hundreds of years. But here in Kent in 2001 two families of Norwegian beavers were released into the enclosed area of Ham Fen Nature Reserve, which is near Sandwich, to manage the last remaining Kent fenland as the conditions were too difficult for modern machinery.

The beavers at Ham Fen are apparently doing a sterling job and the areas ditches, dykes and wet grasslands are all thriving with life thanks to those industrious and primarily nocturnal rodents.

We continue to be thrilled with the discovery our outing provided and the rewards for walking in Mother Nature are truly amazing.

So next time you are out and about in the wild places that are available to you take time to look, listen and explore all that is around you as you never know what you might discover.

If you have found sign of beavers do get in touch by posting your comments below.

"Just a line to say a big thank you for day you gave us on Saturday. I would doubt that I'd be called on to use the many skills you taught us but your love of the great outdoors and your wonder at, and respect for creation was truly inspiring. What a great gift you have!" 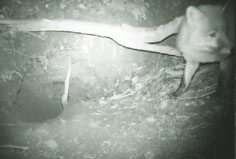 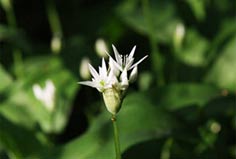