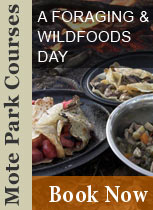 A couple of weeks ago we had the pleasure of delivering a bushcraft and survival day at Goudhurst and Kilndown CoE Primary School, we liaised with Year 2 teacher Penny Stanford and designed and delivered a series of bushcraft, survival, outdoor and nature based learning activities to help enhance elements of National Curriculum Key Stage 1 Geography unit for six and seven year olds called "An island home".

Phil arrived on site early on the day of the event to establish an expedition shelter area and to dig and fence off a fire pit area as the Headteacher had given us permission to have a small fire on the school grounds. 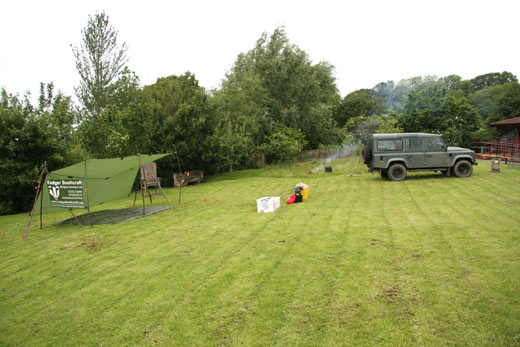 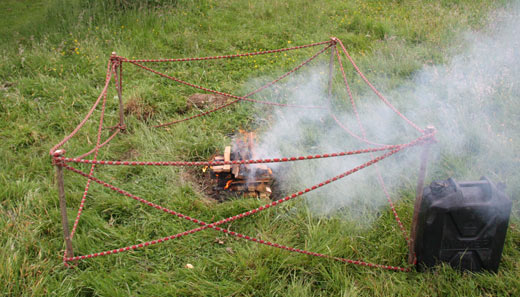 As we started the first session of the morning we were blessed with the visit of an unusual visitor a red kite (Milvus milvus) which despite working in the outdoors is the first Phil had seen in Kent! 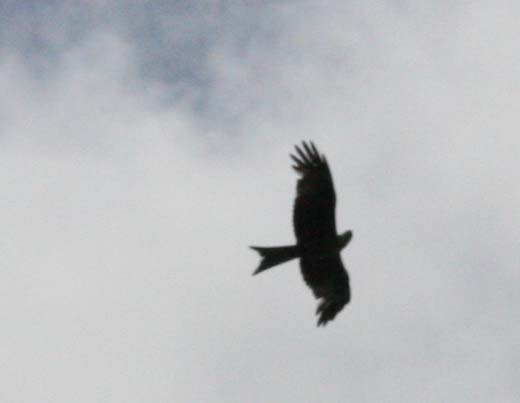 The day’s activities started with a looking at various aspects of fire safety and the law which then lead on to what we use fire for in the modern world and what our ancestors used fire for and how important the ability to make fire might be on "An island home". This then continued into exploring various methods of making flame and the children were able to work in teams with Phil to take a spark and develop it into a flame in a "birds nest" tinder bundle.

We then moved on to a gentle walk around the schools grounds identifying different native plant and tree species and their historical, food, medicinal and folklore uses. The school grounds offered plenty of diverse opportunities to examine a myriad of different plants and trees.

The creative art session was fantastic! The school and parents had provided a host of materials for us to use to create some huge collages based upon local nature and the character Katie Morag and here adventures on the Isle of Struay as written and illustrated by Mairi Hedderwick. 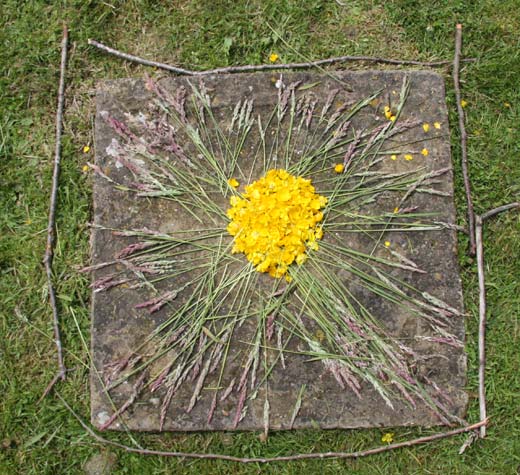 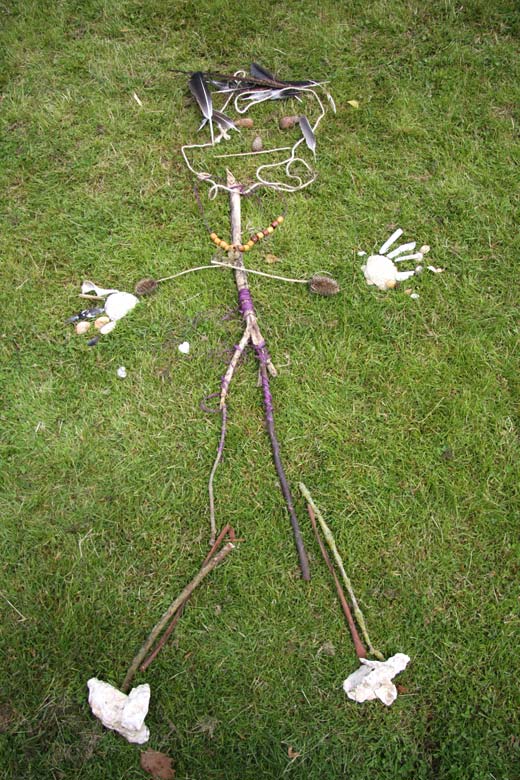 We were able to have an exciting lunch in the outdoor classroom with the children bring their special packed lunch into school in the most amazing array of homemade lunchboxes and bags. We were able to weigh the amount of compostable and recyclable waste after lunch and both parents and children alike had obviously put in a considerable amount of effort and thought into this as there was very little that rubbish bound for landfill. Well Done!

Our afternoon sessions moved onto the importance of shelter for our wellbeing and safety with the construction of shelters made from natural materials, something that could be essential for an island home, and we were able to build scaled down shelters for the class mascots and toys. The children worked in small groups where they discussed the design and then produced some exceptional shelters which we have shown below. 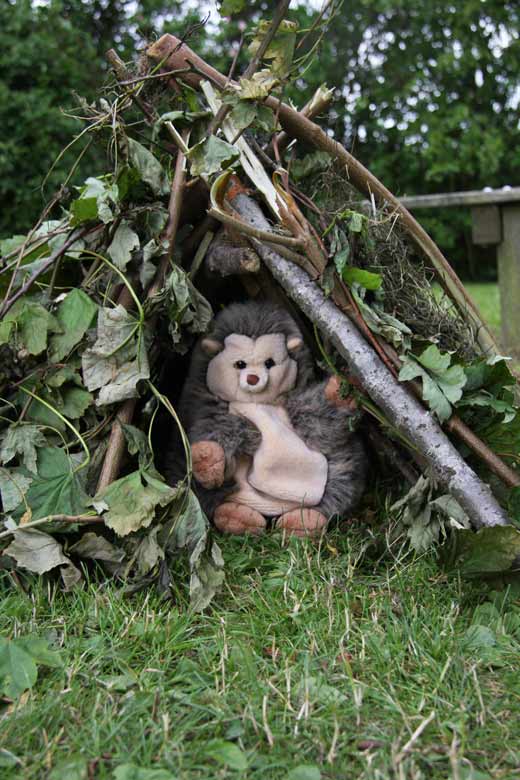 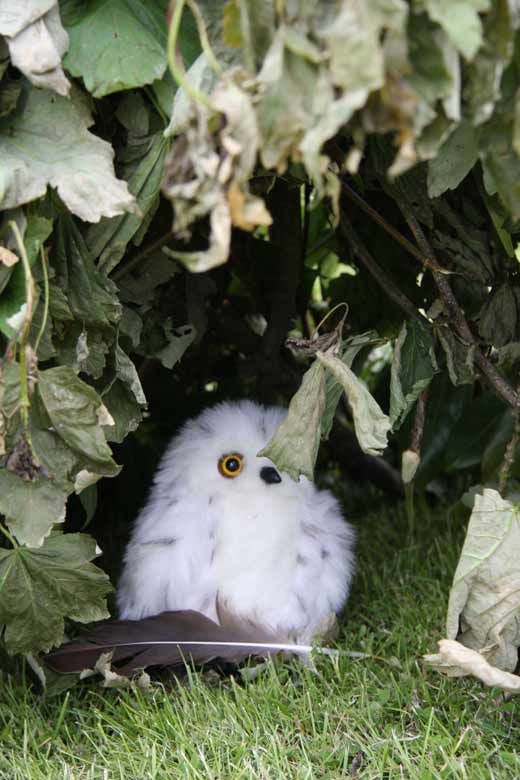 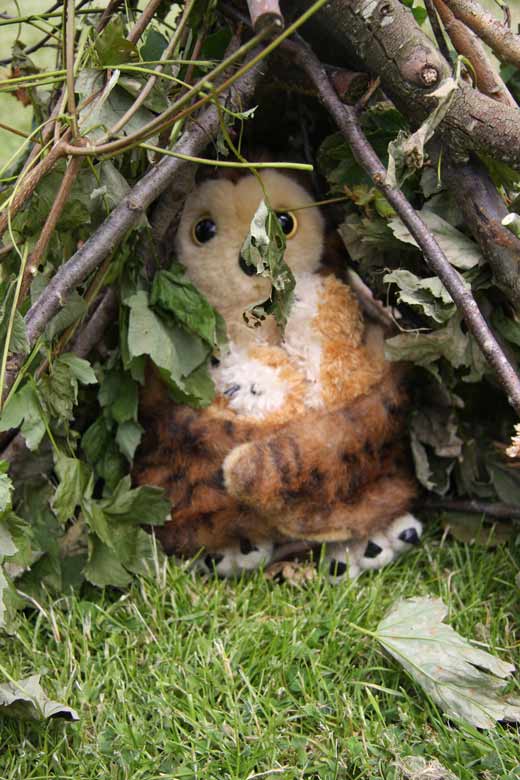 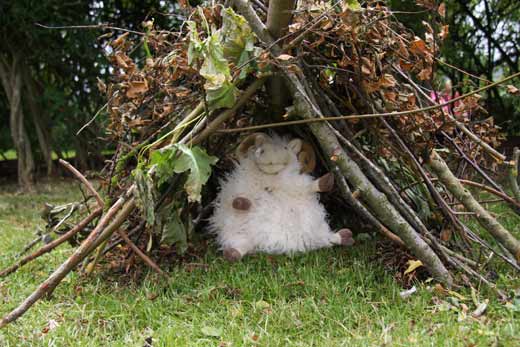 We then moved on to sound mapping which is an effective method of engaging children into the often unheard noises that make up the soundscape that we live in. The children sat in their own space in silence where they were able to listen to the noises of the world around them, and provided with pencils, paper and clipboard to draw or write about their experience. 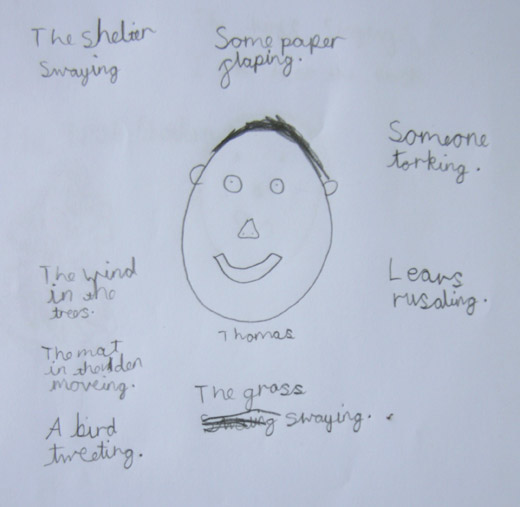 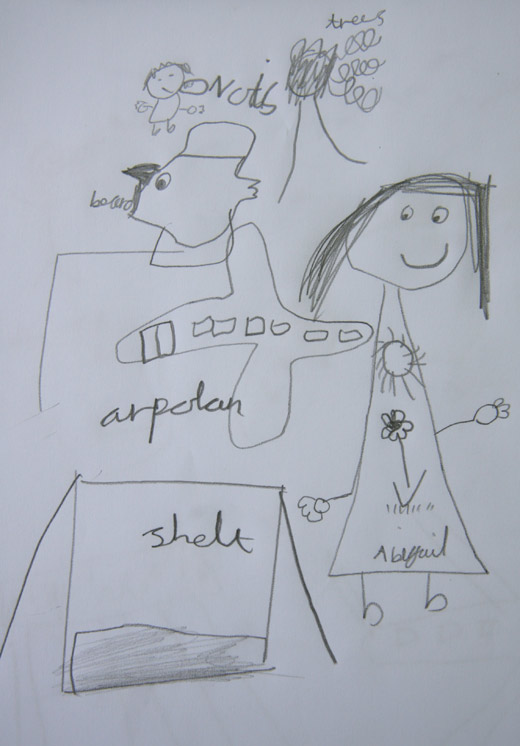 The pupils and school teachers and staff worked so exceptionally hard that we were able to add another unexpected activity to the day, so the skull box came out and we looked at a variety of different animal skulls, including fox, badger, roe deer, red deer and fallow deer and we discussed the differences in predators and prey animals, carnivores, omnivores and herbivores, eyes for the hunted and the hunter, etc.

Suffice to say that the days events were a pleasure to deliver and we greatly look forward to revisiting Goudhurst and Kilndown CoE Primary School perhaps in the later stages of the year to deliver out School Based Projects aimed at Key Stage Two and to this end we were pleased to provide the Headteacher with some discount vouchers for further projects.

We would like to thank Penny Stanford, the Headteacher, the support staff and all the pupils that made our day at work such good fun!